Welcome!
Close
Would you like to make this site your homepage? It's fast and easy...
Yes, Please make this my home page!
No Thanks
Don't show this to me again.
Close
Hadrian Marcus, captain, Forlorn Hope

Childhood: Hadrian grew up in the midst of great wealth on the Core world of . His family is descended from some of the first colonists and prominent in business and government. Of his relatives, the one he was closest to was his (great) Uncle Irv (deceased). Unca Irv was CEO of General Atomics and Hadrian lived with him full-time after the age of 11. He had a good relationship with his parents but Unca Irv and he enjoyed each other’s company and Hadrian’s parents hoped to inherit some of Irv’s fortune. The future rebel was curious about everything, especially history and the vast ships being created for the newly-born . His odd sense of humor was tolerated by the elder generations but his cousins disliked wondering if he was making a joke at their expense.

Adulthood: Hadrian excelled at history and earned a doctorate by the time he was 23. He worked on post-doctorate degrees while teaching and drifting into the college Independence Movement. It appealed to his sense of history and decency and he could see what the concentration of power was already doing to the Core as well as his family. Relations with his family steadily worsened for the three years of his growing influence in the Movement until he was only talking to Irv. When the attempted to take over the Dillon system, Hadrian joined the Indie army. 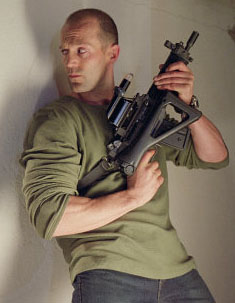 War: Hadrian was made a captain and participated in the retaking of Dillon. Marcus quickly proved to have a flair for unusual tactics that the never seemed to pick up on. As the Indie armies took system after system, he gathered a reputation of being able to achieve difficult objectives with minimal loss of life on either side. He was eventually given an independent command of a marine company and a mixture of demolition/information warfare/combat engineer platoons as well as the use of a massive superfreighter for commando raids. Among his actions was the destruction of the shipyards and capturing the command staff of the Fifth Fleet. He learned of the massive defeat at Hera while securing the supply depot at Latrobe and kept taking objectives as the Indie movement collapsed. While conducting a raid on a POW camp, the freighter and the crew he had come to care for was destroyed by an destroyer. It was at this point that Hadrian started to lose perspective. Although the war was no longer winnable, he conducted more and more desperate attempts to strike at facilities. While Unification Day took place six months after Hera, Colonel Marcus and a small group of diehards kept fighting for another six months. Marcus realized it was time to surrender when an entire Fleet was brought into the system to trap him in the system. Within a month, he was reduced to hiding in a small canyon network on Drev and surrendered when he learned the Alliance had brought in tanker drones to flood the system with an explosive gas; without so much as a helicopter, there was no way to escape and he surrendered himself and the forty-seven soldiers left under his command with the agreement that they would receive the standard amnesty agreement.

Postwar: The lied. Hadrian served seven years in prison and, when released, discovered that the has confiscated his inheritance from Unca Irv, his family had disowned him, he was banned from teaching or any university library and was banished from the Core for ten years. His uncle’s former Companion had managed to secure a heirloom, a snapshot and a small bag of gold that Hadrian managed to use his ability at poker to earn enough to buy a broken-down ship. He is currently smuggling and delivering legitimate cargo for the system’s crime lord, Gizmo, while he learns the ropes and makes contacts.

Personality: Hadrian Marcus is a man adrift. He is a scholar that can never study or conduct research, a commander without an army, a war hero who fought for the wrong side and a normally calm and rational man who occasionally loses control. He recently beat a bounty hunter unconscious when he discovered the hunter had stolen Hadrian’s only heirloom, an ancient gun from Earth-that was. He is a man of honor working for thieves and bad men. He manages to cover much of this tension with dry wit and massive amounts of coffee but fears that something will happen soon and he’ll break completely.

Crew of the Forlorn Hope